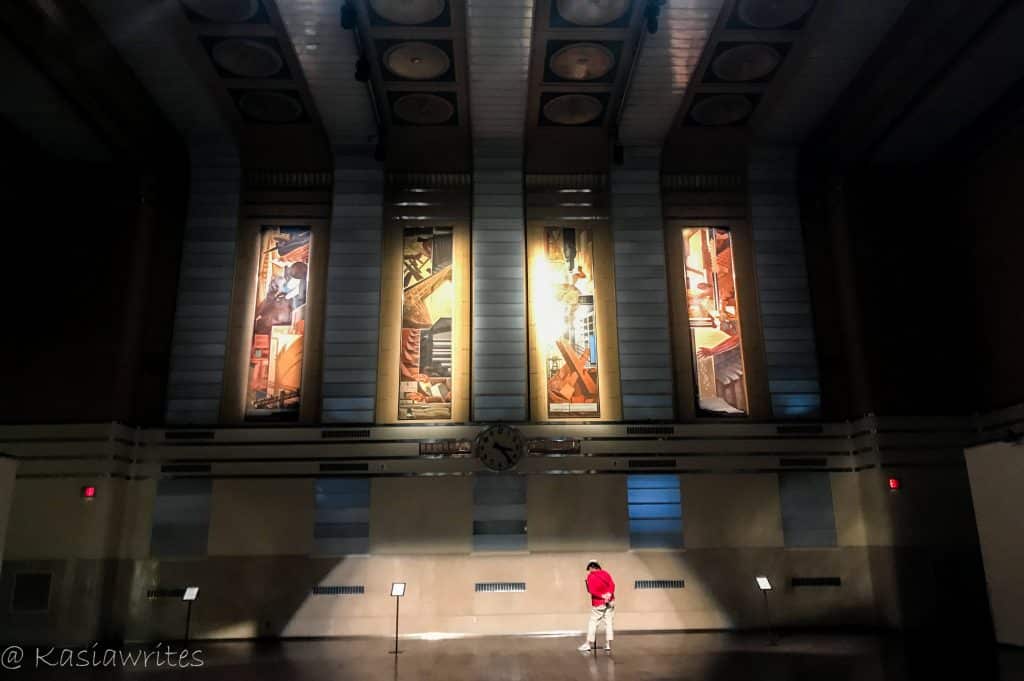 I love finding hidden, off-the-beaten-track places when I travel. It’s even better when I can discover such gems in my own backyard. Luckily, the Doors Open Toronto event offers that opportunity. This year, we took full advantage of checking out new places.

What is Doors Open Toronto

Doors Open allows the public to discover hidden gems, learn something new and discover the past. These places tend to have an architectural, historical, cultural and/or social significance. Toronto’s program started in 2000. It was the first city in North America to do so. It’s modelled after the European version “Door Open Days” that originated in France in 1984. This is also a popular event in Australia and other parts of North America.

Although the program started in 2000, it wasn’t until 2007 that a theme was created for each year. We enjoy taking part in the event as much as we can. Most recently we enjoyed the theme film. Film: The Great Romance to celebrate Toronto’s thriving film industry. This means many venues have ties to this sector, but not all.

Each year I am determined to see as many places as I can. It doesn’t always work out that way, but we manage to squeeze quite a few of them almost every year.

The fact that Toronto has a “secret” subway station is not really a secret. Most Torontonians know its existence even though it has been closed to the public since 1966. The station was open for about six months while the Toronto Transit Commission (TTC) tested the best option for customers to change from Line 1 to Line 2. Bay Lower allowed travel between the lines without changing trains. Ultimately, the two separate subway lines model used today was deemed the better option. Since then, Bay Lower has been closed to the public.

That, however, wasn’t the end for the station. Since then, it has served as a set for many movies, commercials, and TV shows. The station had two trains parked on either side, and visitors could tour them to their heart’s content. The station had posters of the movies shot there on the platform and some fun facts. It was fun to visit but somehow underwhelming at the same time. Bay Lower looks just like other stations, and the trains are the ones we use every day. Go figure.

Some of the movies filmed here include Johnny Mnemonic, Bulletproof Monk, Mimic, End of the Line, The Recruit and Suicide Squad.

I must say that I’ve walked by this building so many times, and it has never occurred to me to step inside. When I saw it on the Doors Open list, I was intrigued enough to check it out.

Built to reflect Canada Life’s stability and property, the building is an elegant homage to the neo-classical or Beaux-Arts style.

At 17 stories, it was the tallest building when it was completed in 1931. As an insurance company, the building served as a symbol of its profitability.

While the lobby was impressive, the observation room on the 17th floor blew me away. Apparently, it’s open to the public only during the Doors Open Toronto.

This is definitely a hidden gem worth discovering.

This is probably one of my favourite hidden gems in Toronto. I discovered it a while ago and have been taken by it ever since. The building, designed in the Revival style, opened in 1832. It was and remained a symbol of the law society in Ontario.

There are so many different elements that make this place so incredible. It’s hard to pick just one between the geometric tile floors, staircases, columns, and the Great Library.

Then there are the iron gates that surround the property. Their intricate design is quite controversial, with many believing that it was meant to keep out the cows roaming around. Toronto had a late start, it seems.

I did learn that both Chicago and The Time Traveler’s Wife were shot here. You learn something new every time.

Built in 1876 in the Second Empire style, this charming home on Beverley Street once belonged to George Brown. George, born in Scotland in 1818, is known as the father of the Canadian Confederation. He was also an avid supporter of the anti-slavery movement and played an influential role in Canadian politics.

To promote his political views, he started a newspaper called The Globe in 1844. It became one of the most distributed papers in Canada. Today it’s known as the Globe and Mail. One of the paper’s disgruntled employees shot George in the leg, which became infected. He died in his house in 1880.

I love visiting places like this as they give a glimpse into how people lived in the past. George Brown played an important role in what is now Canada, but you wouldn’t know it walking by this house. I’ve walked by it so many times myself without a second thought, but actually stepping inside has brought George to life. I’m glad we decided to visit.

As a student at the University of Toronto, I remember this building as an aging structure past its prime. I went inside once and recalled it being slightly creepy and dark. Built in the neo-Gothic style in 1875, this was once home to Knox College, a Presbyterian theological school. At one point, it was also a military hospital before becoming part of UofT.

I was very excited to visit, and I wasn’t disappointed. The university did a significant overhaul of the building with a new, modern addition. It is now the home of the John H. Daniels Faculty of Architecture, Landscape and Design.

I love the blend between the old and the new. Both parts are impressive, and the combination of both seems seamless. It almost made me want to go back to school. We toured the library, design studios, classrooms and design spaces. The building also has spectacular views of Spadina Avenue, as the building is located in the middle of it.

This is another one of those buildings that I have walked by so many times without a thought of what’s inside. The building is the former home of the Toronto Stock Exchange. It was opened in 1937 and is an interesting blend of Art Deco, stripped classicism and streamlined modern architecture. You can find design elements outside of the building, but the traders’ floor is where it’s at.

Considered a marvel of contemporary communication in those days, this was the place where fortunes were made and lost. The Exchange moved to a new location in 1983, leaving the building to the looters. That was hard to imagine, but I’m glad that the interior murals and exterior frieze by Canadian artist Charles F. Comfort remain intact.

The building has been incorporated into a much more slick bank tower and is home to the Design Exchange. It’s a not-for-profit museum “dedicated to the pursuit of design excellence and preservation of design heritage.” The rest of the tower is home to the TD Bank.

Looking at the building today, “jail” is probably not the first thing that comes to mind. Built in the revival style in 1864, this was a reform jail inspired by the Victorian mores of the day. The sleek Italianate design was meant to inspire those incarcerated to change their ways. At the time, this part of the city was the countryside. Fresh air and tranquillity were supposed to add to the therapeutic experience.

The reality was much different. During its 113 years of operation, Don Jail gained a notorious reputation for overcrowding and poor treatment of inmates. Its history is quite fascinating and often dark. Stepping inside gives you an idea of how horrid life was for those locked up there.

Today, the former Don Jail building is the administration for the modern Bridgepoint Hospital, which also has a long history in the area. The hospital purchased the building a few years ago and was incorporated into the newly redeveloped campus.  The show Orphan Black and the movie Room were filmed here.

Doors Open Toronto takes place over a weekend in May annually. It is a fantastic way to discover new things and learn something exciting. I always wish I had more time to see more places, but there is always next year.

Have you ever attended a similar type of event? Let me know. 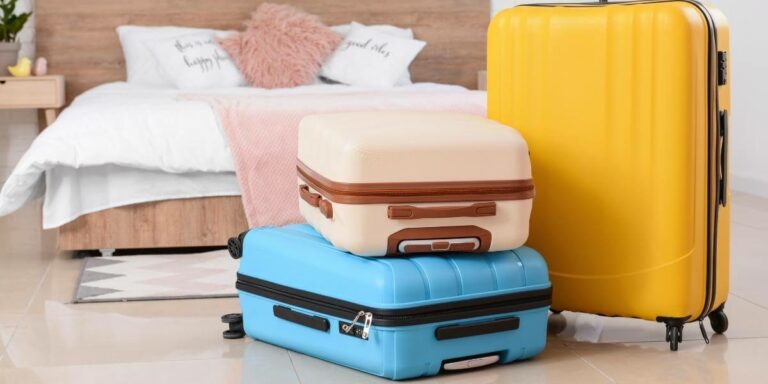 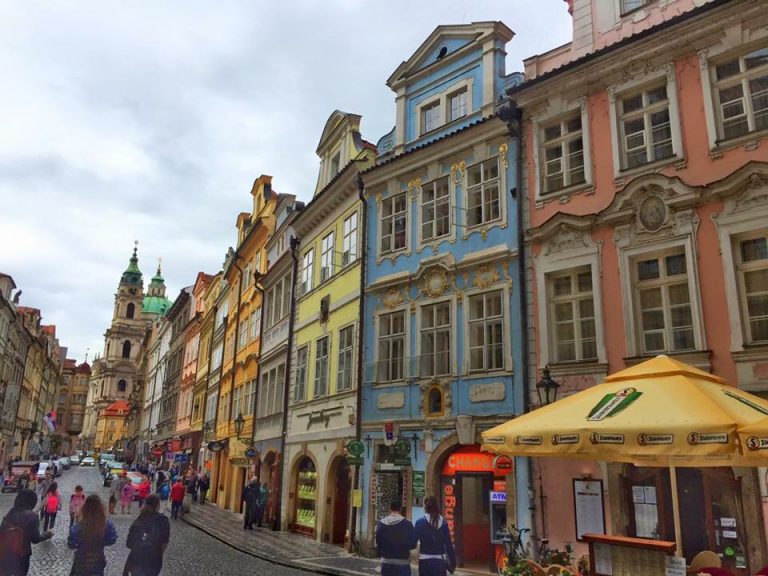 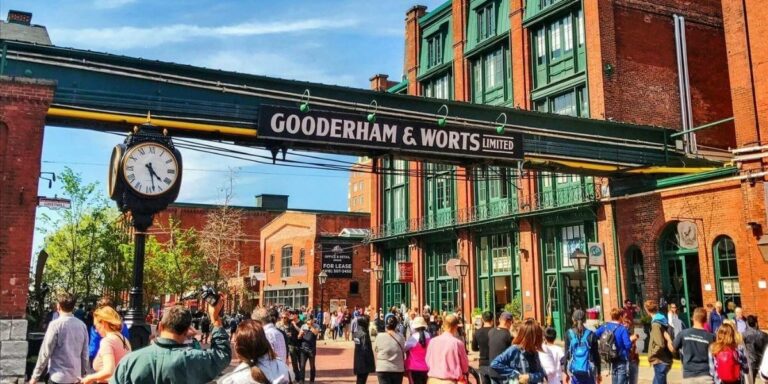 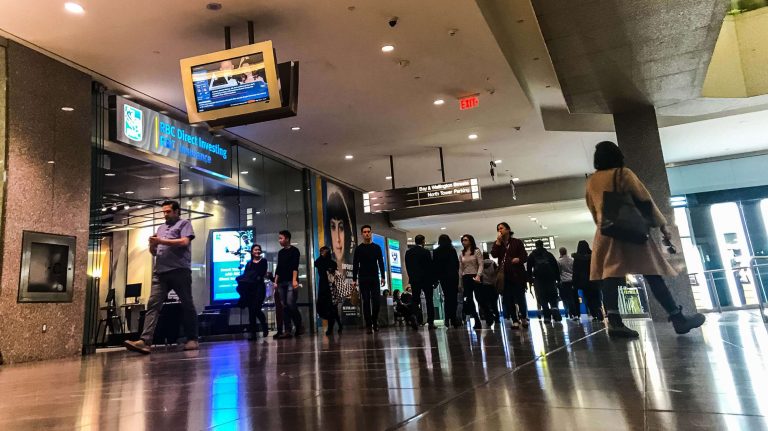 Toronto’s underground tunnels, known as the PATH, offer a range of shops, restaurants and services. This network of pedestrian walkways that span over 30 km is a great way to get around the city core. It occurred to me that even though I’ve taken this for… 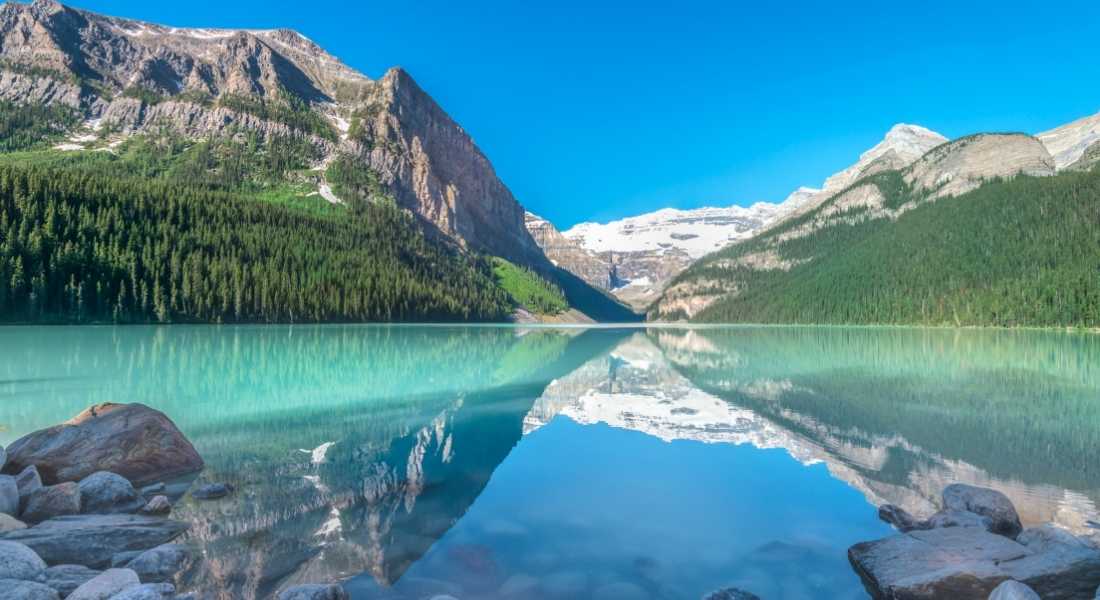