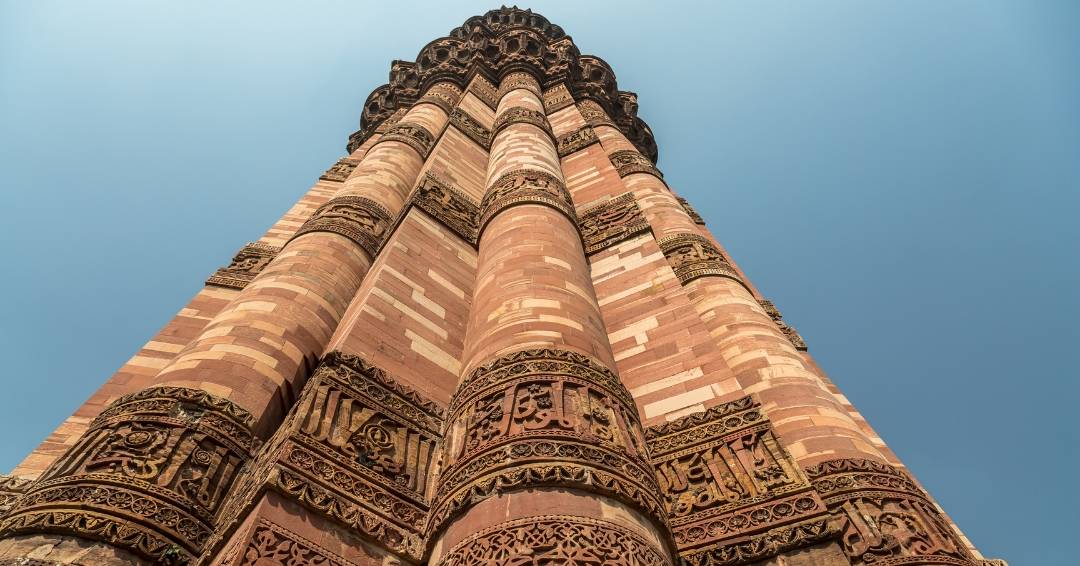 GUEST POST – As India’s capital city, Delhi mesmerizes visitors with its rich cultural and historical heritage. No other city in the country offers such a variety of splendid architectural wonders as Delhi. With so much to explore, a stop to visit Qutub Minar should be on every traveller’s list.

Located in Delhi’s Mehrauli area, the Qutub Minar (sometimes also spelled Qutb or Qutab) has become synonymous with the city itself. Although it was built to mark the beginning of Muslim dominance in Delhi, it is more popular because of its architectural marvel and beauty.

History and who built Qutub Minar

Qutub Minar is one of the most prominent ancient structures in Delhi. Constructed in 1193, this stunning piece showcases beautiful architectural features paired with an unmatched engineering style of that era.

Qutub Minar is the highest tower in the country and is named after Qutubuddin Aibak, the first Muslim ruler of India. He erected this marvellous structure to celebrate the new Muslim rule in Delhi, after defeating the last Hindu ruler. The tower is a five-storied structure and the world’s tallest brick tower. The first three stories are made of red sandstone, while the remaining two are made with a blend of marble and sandstone.

Although Qutubuddin Aibak started constructing this mighty tower, he was successful in only completing the basement. The construction of the tower was taken over by Iltutmish, who completed the first three stories. Finally, it was Firoz Shah Tuglak who completed the tower by adding the final two stories.

You can visit Qutub Minar in the Mehrauli area of Delhi. This towering landmark in the city never fails to fascinate visitors. After all, it’s not every day that one comes across an architectural gem like this. This tower has been recorded as the highest brick tower in the world. What makes this fact even more intriguing is that it remained almost intact for more than 800 years. So, there is enough reason for travellers to include this spectacular piece of architecture in their Delhi tour itinerary.

Although the original reason behind the purpose of the tower is unclear, it is shrouded in controversy. Many believe that it was constructed to celebrate the victory over the last Hindu ruler of Delhi and mark the beginning of the country’s Muslim era.

Some people also say that the Qutub Minar was built to serve as a minaret to call the faithful Muslim followers for prayers. Whatever the true purpose of building such an incredible masterpiece, Qutub Minar has kept astonishing visitors since the day it emerged as a complete tower.

In 1993, Qutub Minar was declared a prestigious World Heritage Site by UNESCO. No Delhi trip is complete without a rightful visit to this place.

Qutub Minar is a brick tower,  standing tall at 73 metres (about 240 feet) from the ground. This tower stands on a base having 14.3 metres (about 47 feet) in diameter, while the tip of the tower narrows down to 2.7 meters (almost 9 feet). The tower comes with a spiral staircase consisting of 379 steps in total.

One of the fascinating facts about the architecture of Qutub Minar is that it reflects a variety of distinctly different architectural styles. That’s because it took three Muslim rulers to complete the construction of the tower.

Qutub Minar, the architectural marvel from Delhi, displays an early Afghan architectural style inspired by the Minaret of Jam in Afghanistan. Each of the stories of this minaret flaunts a projecting balcony, backed by beautifully designed brackets. You can spot a series of inscriptions carved on different Qutub Minar sections that speak of its history.

You can visit Qutub Minar from sunrise to sunset (approximately 7 a.m. to 10 p.m.). This UNESCO World Heritage Site is open every day of the week, including the holidays.

Indian tourists have to pay INR 30 for entry, while foreign nationals have to pay an entry fee of INR 500. Children below 15 years have free access to the site. If you want to carry a still camera or a video camera inside the complex, you’ll have to pay an additional charge of INR 25 for each device.

Delhi experiences extreme climatic conditions. Particularly during the summer months, it is impossible to step outside of your room because of the scorching heat. Excessive heat, coupled with dry air, can cause a heat stroke.

If you like reading about historical towers, check out my Tower of London experience.

Therefore, winter is the best time to visit Qutub Minar and explore the many Delhi tourist spots. Winter marks its beginning in the city in October, and the climate remains pleasant for travelling till February.

How to visit Qutub Minar

The best means of transportation within Delhi is surely the Metro Railway. Almost the entire city is accessible via the metro train network. The nearest metro station stop to this tower is the Qutub Minar, which falls on the Yellow Line.

The nearest railway station to Qutub Minar is Old Delhi Railway Station. It is at a distance of approximately 25 km (about 15.5 miles) from the Qutub Minar. You can board a cab or an auto-rickshaw to visit  Qutub Minar and the surrounding complex. The distance to Qutub Minar from Indra Gandhi International Airport is about 14 km (about 9 miles).

Safdarjung Tomb, also known as Safdarjung Ka Maqbara, is a gorgeous garden tomb close to Qutub Minar. The main structure of this tomb is made of sandstone and marble. It’s an 18th-century mausoleum of Safdarjung, who was the Wazir-ul-Hindustan (Prime Minister of India) during the reigning era of Ahmed Shah Bahadur.

Safdarjung’s son, Nawab Shujaud Daula, built this mausoleum in the loving memory of his deceased father. This garden tomb features a marvellous Mughal architectural style design. Construction of the tomb was completed in 1754.

Lotus Temple is a stunning edifice dedicated to the Bahai faith. This magnificent temple is the last of the seven major Bahai temples across the world. As the name suggests, this temple is built in the form of lotus petals and has a backdrop of a lush green landscape of a massive garden.

The construction of the temple was completed in the year 1986. As per architect Furiburz Sabha, the lotus flower had been chosen as it is a common symbol that represents Buddhism, Hinduism, Jainism and Islam.

The Garden of Five Senses

The Garden of Five Senses is not just another beautiful garden in Delhi. This garden is designed meticulously to stimulate your sensory response to the environment.

This ambitious project, undertaken by Delhi Tourism Department, spreads across 20 acres and is designated as a public leisure area. It’s approximately 2.5 km (under 2 miles) to reach this amazing place from Qutub Minar. This garden was inaugurated in 2003 and has been very popular among visitors since then.

Qutub Minar is surely one of the fascinating architectural wonders in Delhi. This structure not only showcases beautiful designs but also bears proof of extraordinary engineering advancement during that time. When you are in Delhi, you can’t afford to miss the chance to visit Qutub Minar.

Rudy is an avid traveller and writer who blogs about travel tips and guides to some of the best destinations in India at Travel India Travel. He has travelled extensively across all the major states in India. He loves to walk around cities, spend time in museums, explore forests and try out new vegetarian cuisines wherever he travels. 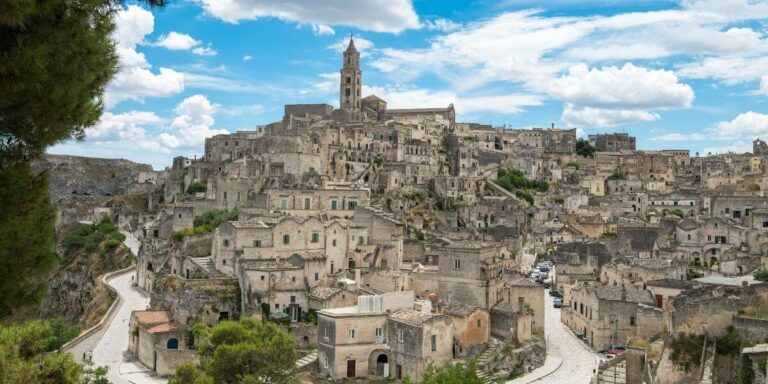 When it comes to Italy, 007 can’t keep away. Bad guys, secret plots to destroy the world, dead lovers and a litany of potential new ones always seem to bring him back.

When I was a kid, I used to love postcards. I’d ask anyone who was going away to either send me one or bring one home. Then I used to send them home myself when travelling. While today there are plenty of places that sell them, I wonder, does anyone send postcards anymore? 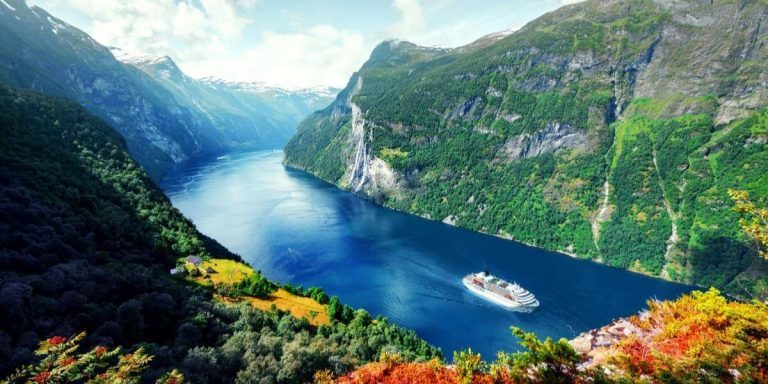 If you’re an avid traveler, coming up with reasons to take off to a new destination isn’t hard …

I must admit, I’ve always avoided group travel tours, preferring to do my own thing. However, lately I’ve been considering breaking … 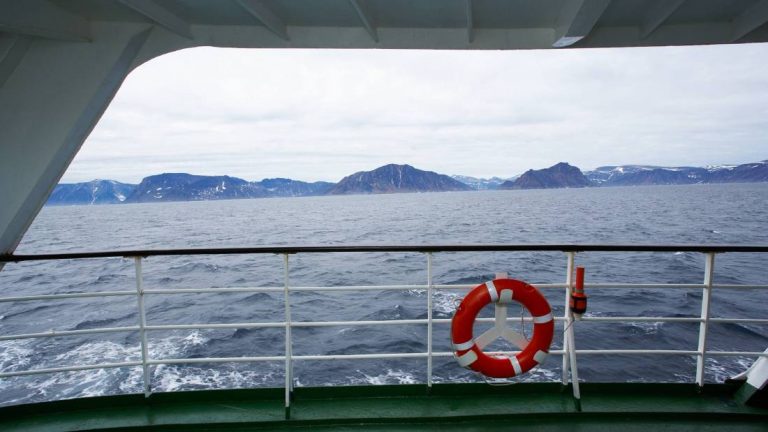 As the global movement for climate change gains traction, many people, including me, are wondering what we can do to help. So, with all the flight shaming going on, can we give up flying by finding flying alternatives?