Top Posts
Visit Qutub Minar: India’s incredible UNESCO Heritage Site
10 awesome things to do in Rio de...
9 exciting reasons to add Genoa to your...
Why you should visit Rome, the Eternal City
Exploring Riga, visitors guide to discovering Latvia’s capital
A day trip to Rundale Palace: the Versailles...
Books to inspire travel lovers in your life
The not so new countries with new names...
Opinion: Why Warsaw is the best city in...
Visiting countries that no longer exist

Toronto’s CN Tower, one of the Engineering Wonders of the Modern World, is an architectural marvel. It’s also Canada’s most recognizable icon. What started as a communications tower has become an amazing tourist destination and a must-see stop when visiting Toronto.

This post may contain compensated links. Find out more info in my DISCLAIMER

History of the Tower in Toronto

Since its opening in 1976, the CN Tower stood as one of the tallest free-standing structures in the world.  It’s been attracting visitors with stunning views of the city ever since. Over the years, additional attractions have ensured that CN Tower remains on top of every tourist’s list visiting Toronto.

“Building the CN Tower was a vast and ambitious project that involved 1,537 workers who worked 24 hours a day, five days a week for 40 months to completion.”

Toronto is situated on the shores of Lake Ontario and it fans out north of the lake. Located close to the waterfront, the CN Tower acts as the central point of the city. It provides a general point of reference for those needing help with special orientation. Understanding where you are I relation to the tower, makes getting around Toronto much easier.

A stop in Toronto can’t be complete without a stop at the CN Tower. Spectacular views, daring adventures and exploration under the sea await.

With multiple viewing platforms, you can get some pretty impressive views of Toronto at 553.33 m (1,815 ft 5 in) above ground.  Depending on the weather, you can catch a glimpse of the city in different elements. Bathed in sunshine, glimmering with night lights or shrouded in fog. I’m not sure which is my favourite, but I definitely enjoy them all.

Since 1994, visitors have been testing their fears by standing or even sitting on the 2.5″ thick glass floor that lets you look straight down below. Scary for some, exhilarating for others and definitely worth checking out.

The CN Tower not only offers great views of the city, it’s also a great subject to photograph. After looking at my Instagram feed, I realized I take a lot of photos of the tower. It’s just so photogenic 🙂

When the Edgewalk opened few years ago at the top of the CN Tower, I knew that I had to go. It seemed so unreal and scary all at the same time.  I have a fear of heights so this seemed like a perfect way to embrace it. And embrace it I did, along with my friend Angela. It was all I expected and more. We went on a clear and sunny day, and you could see Buffalo across Lake Ontario.  It was spectacular and still one of the coolest things I’ve done. I definitely recommend this adventure if you’re able to do it.

The Aquarium is fairly recent attraction to the CN Tower and I must say I was a bit skeptical as to its appeal at first.  It’s just a very large fish tank and they have a number of these around the world. What’s the big deal? Boy, was I wrong.

Once inside, you’re able to walk around and underneath some very impressive displays of aquatic life. You can marvel at the many species of colourful fish, turtles, stingrays, jellyfish and plants as you wander the massive space. My favourite place is a moving sidewalk that takes you under massive aquariums filed with sharks and stingrays. It’s like being on the bottom of the sea with sharks swimming menacingly above you, but safer.

There are of course many educational stations and activities for adults and kids alike. My niece loves visiting the aquarium and you can also learn a thing or two about the creatures of the seas. The venue organizes jazz nights on certain Fridays that are worth checking out if you have the time. I’ve attended a number of events that were held here and I’m still in awe of this place.

Out and around the CN Tower

If you need a break from all the adventures at the CN Tower, there are plenty of things to do around it.

Catch a game – Both Roger’s Centre and the Air Canada Centre are within a rock’s throw.  You might be able to catch a baseball or basketball game, a concert or a show.  Finding out ahead of time what events are happening during your visit will help you schedule your visit. It’s also a good idea to get the tickets ahead of time.

Literally across the street is a former steam locomotive repair facility that dates back to 1929. It has been converted into a brewery and you can take a tour to learn how Steamwhistle beer is made.  I’ve been on the tour a few times and for some reason, I can never remember the whole story.  Could be the generous beer sampling 🙂

Take a stroll over to the Union Station or along the waterfront – there are plenty of things to do and see there. Not to mention, many great photo ops.

The Edgewalk price is $225 CAD (plus tax) per person and this include a keepsake video, printed photos and certificate of achievement. You will also get a Tower Experience Ticket which includes access to the LookOut, Glass Floor and SkyPod levels. You should book tickets in advance.

Tickets vary based from general admission to combination of the SkyPod and Ripley’s Aquarium. You can book your tickets online and be prepared for large lineups during peak season.

The tickets for Ripley’s can be purchased online or a the venue. Adult ticket bought online is $30 CAD while online price is $33 CAD. Not a huge difference, but you might avoid a potentially long wait if you purchase ahead of your visit.

The not-so-glamorous side of business travel

9 exciting reasons to add Genoa to your...

The not so new countries with new names...

Visiting countries that no longer exist

Toronto to Rome: how to do a transatlantic...

Wow, this brings back many great memories! 3 years ago we went on an epic trip to Canada and USA. Toronto was our first stop, and I remember so well the imposing CN tower. We did not climb it, but none the less, it was a famous landmark.

I was not a owner of a travel blog back then, but I will for sure gather soon my pictures and memories and make an article about our trip.

Would also love to have your support and follow as you have mine!
I write mostly about European trips. Let’s share travel inspiration:)!

Thanks Julia! Yes the CN tower is pretty impressive. So are the views! I look forward to reading about your trip!

Great photos. We have visit it many years ago, although we live in Finland. 🙂

So glad to hear that! Now I haven’t been to Finland yet so that is also on my list 😁

Hey, Kasia! I tagged you in my Friends for Days post. I know you just tagged me, but I’ve been sitting on this post for over a month, waiting to publish it. It’s a bit of work, so I understand if you don’t want to do it.

I only just published it today. I’ve had it in my drafts for a long time.

Cool! Thank you! I will definitely participate! Right after this party I’m at right now 😎😜👍🏼

Omg that edge walk looks incredible!!! I would’ve had jelly legs by that point haha

I thought I would too but once you step outside you forget you’re scared. It’s amazing!

Ahhh you’re braver than me!! If I ever get there one day though I’ll definitely try! xx

The CN Tower / Rogers Center / Steam Whistle / Aquarium area of the city is definitely my first go-to if I am showing someone the city for the first time. When the Jays are in town it can easily fill up a Saturday afternoon, and when theu are not you’re still a 5 minute walk from the riverfront with their patios and pints, or from the city with its eats and entertainment. Great post about one of the most recognizable structures in the world!

Thanks James! Glad you liked it 😁👍🏼

OMG the Edgewalk is scary!!!!!

It definitely was at first! 😜

Oh no, that edgewalk looks terrifying, even for someone who’s not afraid of heights. You are a brave woman.

You know, once you step outside the sheer beauty of what you are seeing makes you forget your fear. The view was spaectacular 😍

What a view… and I’d love to see the fireworks off that!! 🙂 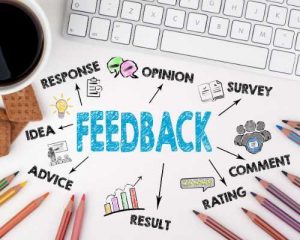