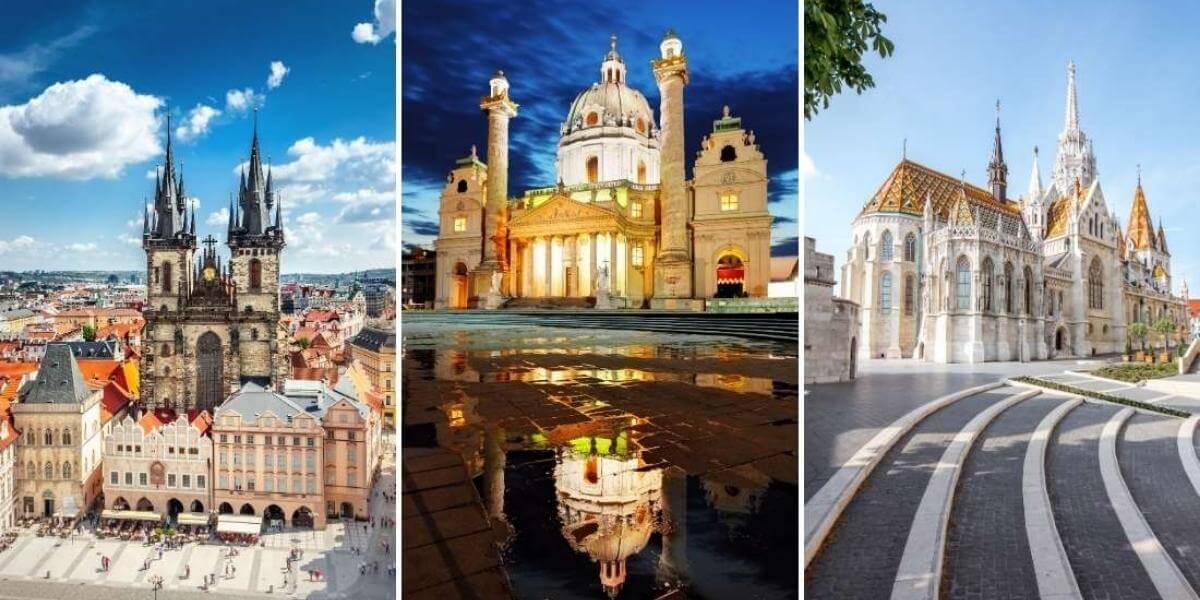 While there are many amazing capitals and cities in Europe, three cities frequently make up the Imperial Cities tour itineraries. The Prague-Vienna-Budapest circuit is a fun way to learn about these places’ history and a great way to explore spectacular architecture. And if you’re like me, this sounds like a perfect trip.

You don’t have to be an architecture lover to enjoy these cities. There are plenty of activities in each location to suit many tastes. The Prague-Vienna-Budapest imperial cities tours are prevalent and are frequently offered by different tour companies. However, if you’re not into a group tour or want to set your own itinerary, you can do the Imperial Cities tour on your own.

Due to their proximity, you can easily travel between them by car, bus or train. You can easily do this tour in about 10 days, or extend it if you want to explore each destination more in-depth. Is it possible to do it in less time? Yes, but I would recommend a minimum of 10 days to appreciate the experience fully.

Why are Prague-Vienna-Budapest called imperial cities?

When you search for “imperial cities” online you’ll get many results, and these three cities are not on those lists. The term “imperial city” has a historical origin to the days of the Holy Roman Empire. There were about 2,500 elite cities that claimed the free and imperial cities titles. These cities were identified for tax purposes and defensive functions.

This is a simplified overview of the often confusing and convoluted history of the Holy Roman Empire and Europe. Calling Prague, Vienna and Budapest imperial cities in this context is a way to unite the three important cultural and political cities of the Austro-Hungarian Empire. It’s probably also why tour companies use this description for their tours of these cities.

I would recommend that you choose your start city by how easy it is for you to get there from where you live. If you’re flying from outside Europe, consider which city has direct flights and go from there.

Here is a suggested itinerary and what you need to know to help you plan your trip.

Travel between the cities is easy, and it doesn’t take long to get from one destination to another. Depending on how you drive, the drive from Prague to Vienna takes around 4hrs, not including any stops you might want to take. The train is anywhere between 4+hrs to 7hrs, depending on the type of train you take. You can also take the bus, which is about 5hrs.

The journey between Vienna and Budapest is shorter, with under 3hrs by train and by car.  Keep in mind that the shortest routes use tolls, so it will take you longer to drive if you want to avoid paying tolls.

Prague’s history is long and distinguished, like the city itself. It was an established city and the Kingdom of Bohemia’s capital long before Charles IV made it the Holy Roman Empire’s capital in the 14th century. This was the time when Prague grew as a large European metropolis, rivalling Rome and Constantinople. Many of the famous sights – the Charles Bridge, the Hrad?any Castle District, Old and New Town, St. Vitus Cathedral and the Charles University – all date back to this time.

The 16th century was another great time in Prague’s history. Public works projects, constriction of palaces, expansion of the castle and many other iconic buildings date back to this time. If you love architecture and want to experience the city as it was centuries ago, Prague is the place for you.

Known as the “City of a hundred spires,” Prague is filled with spires, domes, small streets, bridges and churches. As one of Europe’s most visited cities, Prague has a lot to offer. Whether you enjoy relaxing, exploring museums, shopping or people watching as you enjoy the famous Czech beer, chances are you’ll find many things to do here.

Want to know more about Prague? Check out Tips for what to do in Prague!

Vienna is famous for its coffee houses, wine taverns, music, architecture and culture. For over six centuries, it was the home of the royal House of Habsburg. These powerful and wealthy monarchs left a grand legacy on the city, filled with sumptuous architecture, opulence and art. If you love Baroque, you’re going to love Vienna.

The Habsburgs, however, were not the only famous residents of this city. Vienna was once home to famous composers, namely Strauß (father and son), Mozart, Beethoven and Schubert. During the 19th century, Vienna became the city of music, attracting some of the best composers, musicians and instrument makers.

Opera houses, concerts and dancing became a staple of the Austrian Empire. Today, music lovers can explore the city’s numerous concerts and musical venues, and enjoy some of the world’s best music. From classical to jazz and contemporary, Vienna is a must-visit for music lovers.

You don’t have to go far for a taste of the imperial grandeur of the Habsburgs. Vienna is an elegant and beautiful city, made so by the royals that lived here. You can even visit some of them and the imperial crypts in the Cathedral of St. Stephen. Between the numerous royal residences, museums and other important buildings and monuments, Vienna is made for exploring. It’s also made for people watching, so don’t forget to take a break at one of the many cafes and sample some traditional pastries, cakes and wine.

The cities of Buda, Pest and Óbuda, have been inhabited since Roman times. Under the Austro-Hungarian Empire, the cities were incorporated into one – Budapest. In 1867, the newly formed city became the twin capital of the empire.  With that came a construction boom that elevated the city to its imperial status.

Modelled after Paris, Budapest doesn’t disappoint in the wow factor. This guarantees that architecture lovers will swoon at the numerous Baroque, Neoclassical, Eclectic and Art Nouveau buildings throughout the city. Not into architecture? Don’t worry. Budapest’s legendary nightlife, famous thermal baths and culinary scene will keep you busy.

Compared to the other two, Budapest is just as spectacular yet more affordable, which is always a bonus. The city has an elegant vibe that speaks to its past and importance. Here you can explore the grandeur of the Austro-Hungarian Empire, the tragedies of war and the subsequent communist regime. It’s called a city of a thousand faces for a reason. Which one will you discover?

There is no denying that all three – Prague, Budapest and Vienna – are magnificent cities with plenty to offer visitors.  Each city has its own history, culture, art and history that make them appealing to tourists. While today, they are distinctly different, all three cities have once been part of the Austro-Hungarian Empire, which lends them the Imperial Cities moniker.

These cities are great for those that love castles, palaces, cathedrals, museums, architecture and cultural experiences. You can easily extend your adventure by exploring nearby attractions. All three cities offer visitors access to exploring each country more in-depth. There are two (sometimes three) other cities also included in the Imperial Cities tours. They are Bratislava, Krakow and sometimes Berlin.

You can easily incorporate them into this itinerary or visit them separately. As I’ve mentioned, this tour can be extended or shortened, based on how much time you have. You can add any of the new three, or all of them, and make this a longer tour. I would suggest Berlin – Prague – Vienna – Bratislava – Budapest – Krakow, but the order is really up to you.

No matter what order you decide to visit these cities, you won’t be disappointed. Planning a multi-city tour is very easy, but if the idea of scheduling the logistics of different locations, you can always opt to do an organized tour. That way, you’ll still visit the key sights while someone else looks after all the details. The most important part it to enjoy these Imperial Cities and have fun.

As far as the Greek islands go, most people are probably most familiar with either Mykonos or Santorini. While both are excellent choices… 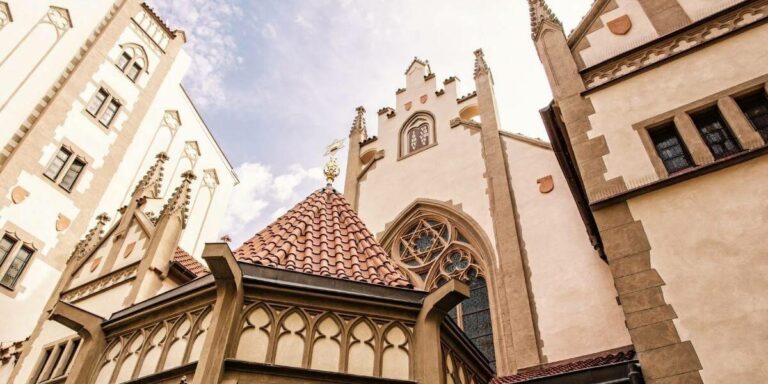 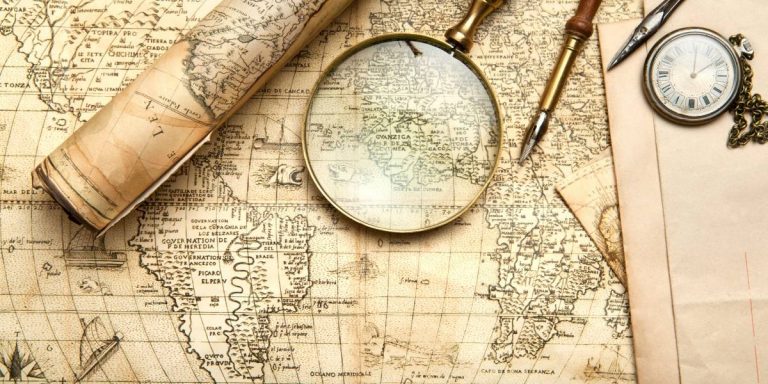 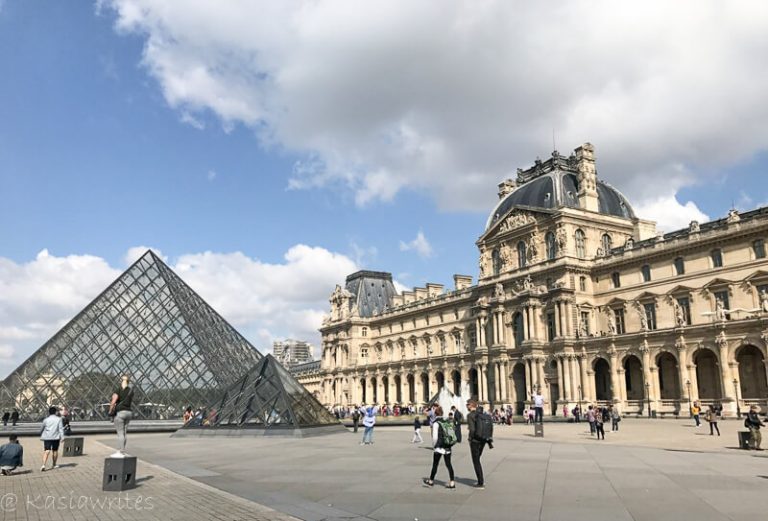 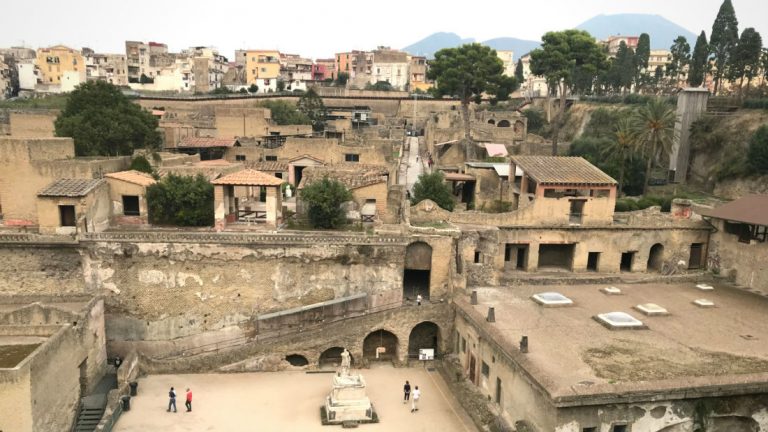 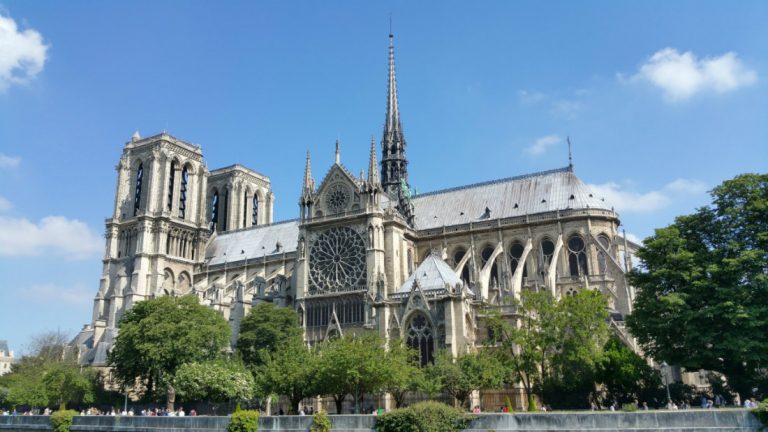 The fire at the Notre Dame Cathedral in Paris brougth to light of a number of important issues that we all need to address.